The Eames single-shell chair, built by Ray and Charles Eames 70 years ago, has long been a staple of chair design. And Herman Miller is reintroducing it this week, adding some new flavors and tweaking the concept a bit – and they’ve come a long way since they were first introduced in fiberglass in 1950. 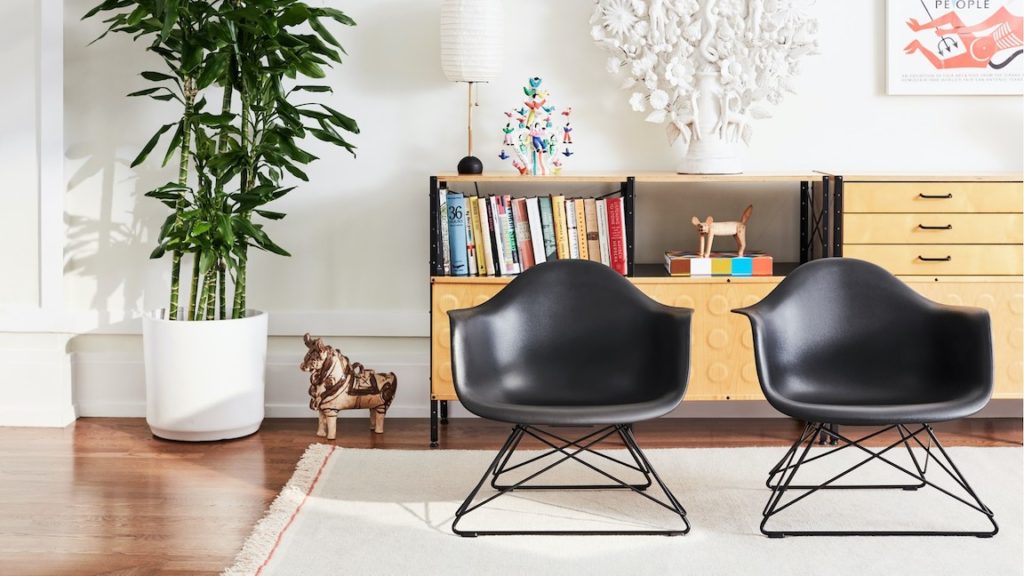 Today, these chairs are available in plastic, wire, wood, fiberglass, and even upholstered.

The Eames one-piece shell concept has never been tied to any one material. Original 1950 designs were fiberglass, with bent wire following the next year. The hazards of working with fiberglass prompted a switch to polypropylene (they’ve since been relaunched with a safer fiberglass formula). Later, advances in veneer technology made the Eames Molded Wood Chair possible. They’re all part of the line today—along with options for upholstery and seat pads.

Charles Eames and Eero Saarinen began began working with plywood single-shell chairs all the way back in 1939. It wasn’t until 1948 that Charles took second place in the Museum of Modern Art’s International Competition for Low-Cost Furniture Design. By 1950, Herman Miller had introduced the world to this endlessly versatile chair. Today it’s become a design icon.